We are interested in building a complete terrain generation pipeline which can be used to create new and interesting terrains based upon user input. The pipeline consists of various parts such as an terrain authoring system to generate the base terrain, terrain super-resoultion, tree generation and distribution. We are interested in applying modern learning based methods to these problems and hoping to develop a really simple and intuitive pipeline which can be used by both amateur and experienced users in the field.

We aim to create an terrain authoring system which create realistic looking terrains based upon minimal user input such as strokes indication ridges and valleys. We use modern deep learning methods to try and capture the various natural process that shape the terrain and add more character to it. 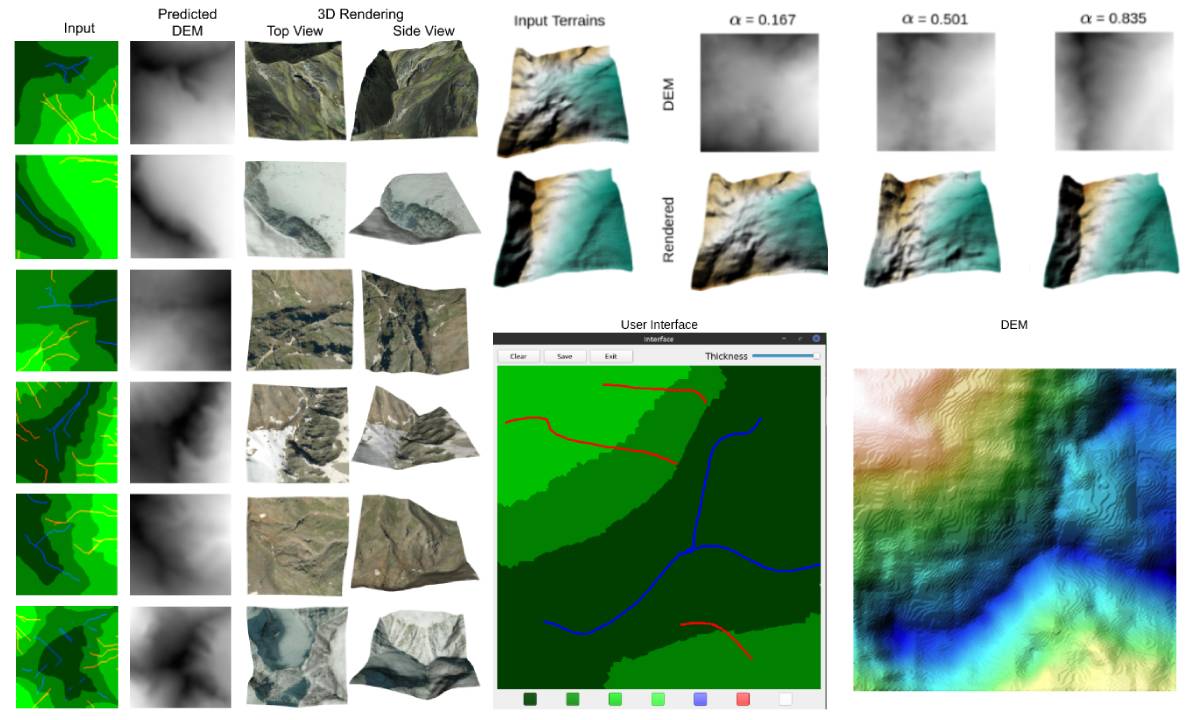 The problem deals with increasing the resolution of depth elevation maps (DEM) acquired from satelite images. Low resolution DEMs of various geographical locations are readily available, however the same can’t be said for high resolution DEMs. We aim to solve this problem by developing techniques which generate HR-DEMs from LR-DEMs.

Tree generation has been a widely explored topic since the inception of computer graphics. We are specifically interested in digitization and reconstruction of trees. We are interested in applying learning based methods to find out parameters of tree growth model from single or multiple images.